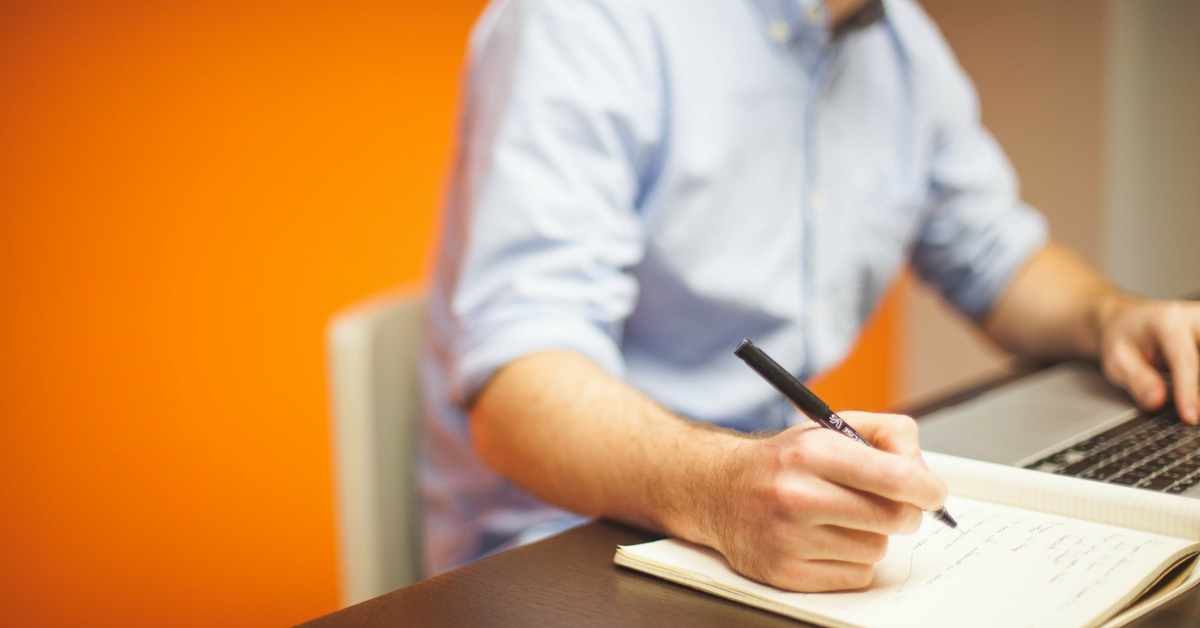 Facebook has updated the ad algorithm for conversion ads, requiring you to have 50 or more conversions per week.

It’s really important to understand what this change means and what impact it will have.

So please read on if you ever want to sell something with Facebook ads again.

When you run a Facebook ad, Facebook starts collecting data on who looks at it, clicks it, or generally interacts with it.

So, if you optimized your ad to get people to click through to your website (that is, you chose the Traffic Objective and optimized for link clicks) then Facebook will be looking to see who did just that and then go out and find similar people so your ad gets more clicks.

Similarly, if you wanted sales (or another type of conversion) and chose the Conversion Objective and optimized for conversions, then Facebook would again focus on those people who converted because of your ad and then find similar people to show your ad to.

However, and this is where the change has come in, Facebook is now saying it needs 50 or more conversions per week to be able to optimize efficiently enough for your conversion campaigns.

That’s a minimum of 7-8 conversions per day from your ads.

Now, immediately you might be saying to yourself I cannot possibly get 7-8 conversions per day.

What do you do?

How to Get More Conversions

Well, there are a few options available to you.

The first one, and the one suggested by Facebook, is to move higher up in your selling process.

Can’t get 50 sales per month? Look at add-to-carts as a conversion instead.

Can’t get 50 add-to-carts per month? Look at page views as a conversion.

Set Your Own Conversions

At this point I will remind you you can set whatever you like as a “conversion” – you just need to tell Facebook what a conversion is, and it will track it.

The video below shows you how you can create a Custom Conversion, which will allow you to tell Facebook what you want the conversion to be.

So, a conversion could be a purchase, an add-to-cart, add to wishlist, a page view – whatever you set it to.

We can see how setting the conversion to an add-to-cart would be beneficial – more people will do that than purchase, so you will be able to get over the 50 conversions a week threshold Facebook is requiring.

However, and you may have already spotted this issue, an add-to-cart or even a page view does not equal a purchase.

And this is the issue I have with this solution – you are trading intent for more conversions.

BUT, and this is a big but, it’s better than no data at all.

Similarly, if someone views your landing page that doesn’t mean they want to buy what they see there- they may read it and decide it’s not for them.

The further back you go in the purchasing funnel, the less relevant the “conversion” becomes.

While you may reach your 50+ conversion goal, that information may be (close to) meaningless.

What do you do instead?

Facebook has introduced a new way of optimizing your conversions.

Their Link Clicks To Conversions optimization allows you to optimize for links until you have enough conversion data so Facebook can switch over to optimizing for conversions.

While this sounds like a great idea, the devil (as always) is in the details; and, of course, the testing.

When you are deciding on the optimization of the ad campaign you can choose Conversions and then select to optimize for link clicks to start until there is enough data to optimize for conversions.

There are two options for this – Standard and Extended.

You can read more about this on the Facebook website but the Standard selection means it will run until one of three conditions are met:

The Extended selection means Facebook will continue to optimize for link clicks until you reach your 50 conversions or until your budget expires.

If neither of these sound feasible, there are some solutions outside of Facebook as well.

Build up to a Conversion Campaign

Yet another way to get around this within the Facebook ecosystem is not to run a conversion campaign at all.

You could start by running a link objective campaign and optimize for page views and then retarget those people who viewed your landing page – people who are more likely to buy – with a conversion campaign at a later date.

For example, say you were selling a new course.

Instead of running a conversion campaign immediately for that course, which is priced at $299, you decide to set up a fairly wide-targeted campaign to drive people to the landing page, optimized for page views.

Once you have received a couple of thousand page views (these don’t need to be from the Facebook ads, they could be from any other marketing you have done) for that landing page you decide to run a conversion ad retargeted to just those who have seen the page.

This will allow you to target just those people who showed interest in your new course, which could lead to high conversion rates.

The other option you could do, is to create a mini-course on the same subject as your course, or even offer a part of the full course, and offer that for free.

You then create a conversion campaign with the goal of getting the 50+ signups to the free version per week.

Once you have their details you can always up-sell them to the paid version.

You could re-jig your marketing and advertising strategy.

There are two simple ways you could implement this.

This may mean you will get your 50+ conversions – in this case, email sign-ups – and these conversions will be meaningful as they were interested in what you are talking about.

(Obviously, this doesn’t equal a sale, but it could still be useful).

And you now are able to communicate with them on another channel without paying for ads.

Offer Something for Free

Another way is to entice a person to sign up for a free trial or a free course or something else which is completely free.

This way you are able to gain your 50+ conversions per week and at least have a chance of converting those who take you up on your offer later down the line.

Having said all this, you can still run conversion campaigns with fewer than 50 conversions per week – all Facebook is saying is that it’s algorithms won’t be running optimally when lower than this.

Make sure you test this before making a decision.

Each business is different and you need to judge for yourself if this is going to work for you.

To summarize, you do have options when it comes to “overcoming” Facebook’s new 50+ conversions per week rule.

And, at the end of the day, test to see what works for you.

Are you still running conversion campaigns? Does this change your mind on running one?

Do you need to keep up to speed Facebook ads? I provide live, up-to-date, training with Facebook that’s tailored to your business.